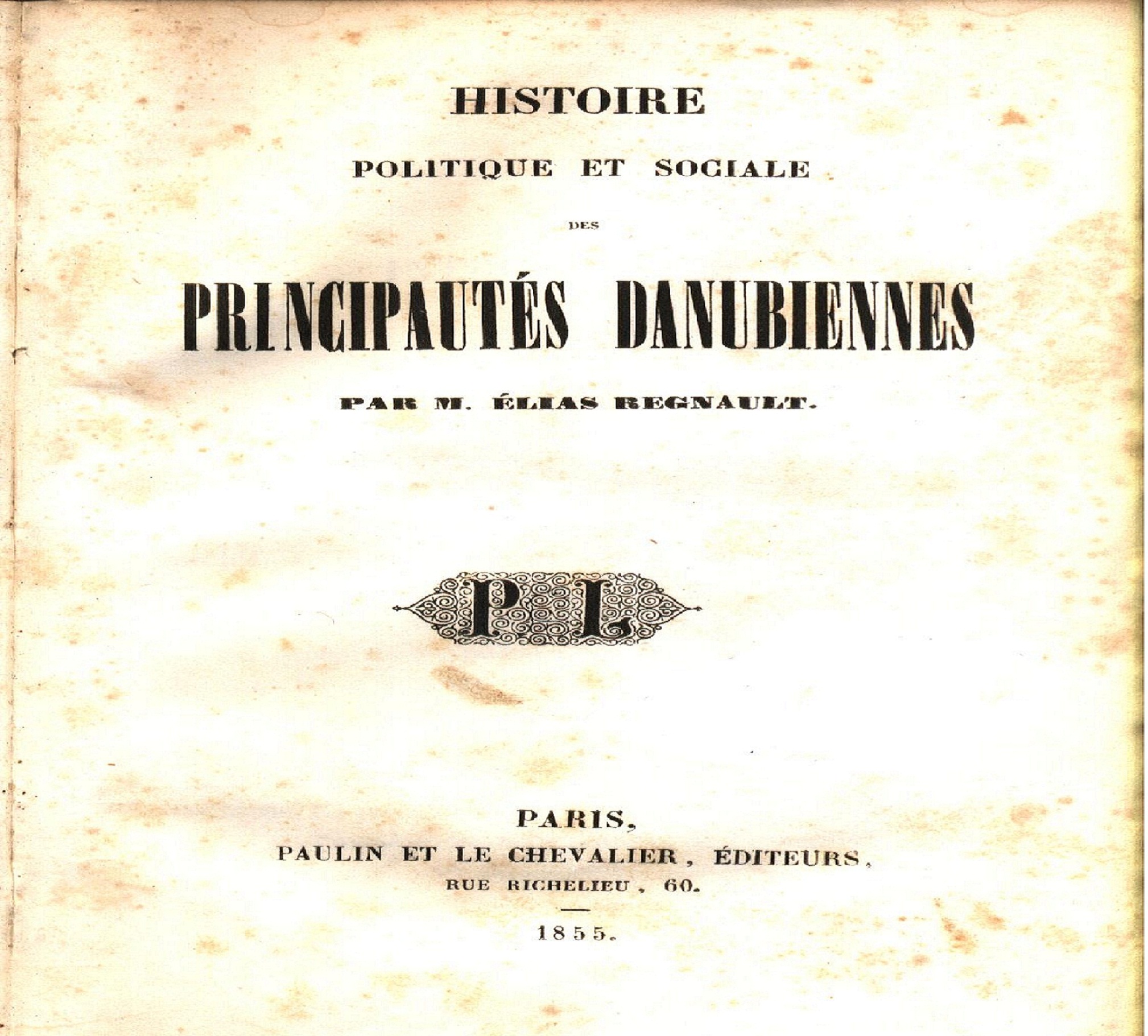 The main aim of the paper is to get an insight into the early Romanian liberal mind as reflected by Regnault. Many of the pages of Regnault's book are cut-and-paste work. He is using books written by Romanian authors, as well as French sources. However, his work is interesting as a snapshot of a new cast of mind, which is taking shape in the Romanian Principalities. A Berlin-style “to be your own master” - interpreted as being ruled by your own people - is identified as the key to the concept of liberty for early Romanian liberals. The paper also discusses the translations into Romanian of Regnault's book from 1856 and 1965. The last one was a secret translation (for internal use of the leading elite of the Communist Party) made during the transition to what is usually called Romanian national-communism.