Human Action: Perspective of the Austrian School, Rothbard and Praxeology 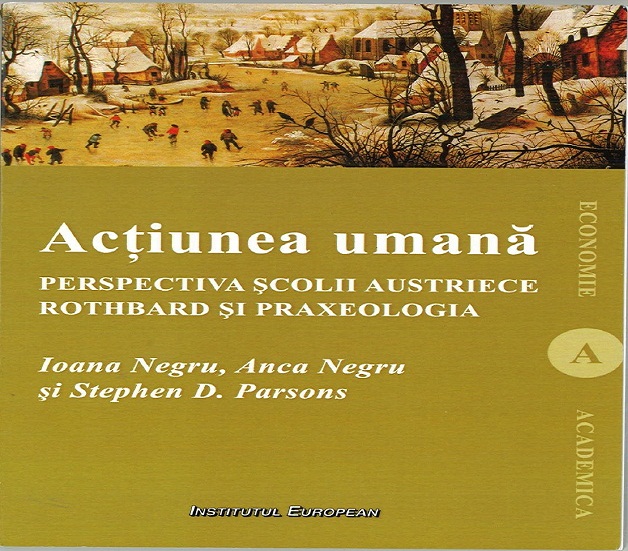 The book with the above-mentioned title is a collection of essays on praxeology, which aim to analyse of the methodology of the Austrian School, long time ignored within national and international academic circles. This volume generally focuses on providing an explanation for the Austrian philosophical ideas and for the methodological principles associated with this perspective. Thus, the studies included in this paper don’t have as a purpose the exhaustive treatment of the Austrian School topics, but they pay attention to the praxeology as a partial methodological orientation of the Austrian economists and to the methodological and theoretical pluralism that characterises the methodological principles of this school of thought. The origins of the Austrian approach can be found in Menger’s ideas; even though Menger brought his contribution to the construction of neoclasic economics through the “marginal” analysis and through a subjective theory of value, his explicit social ontology and the methodology he used made him the founder of a different economic approapch from the neoclassic one. The interesting fact is that Menger’s intention was not that of building a certain school of thought, this being the reason why his work didn’t explicitly establish certain characteristics for what was later known as Austrian perspective.